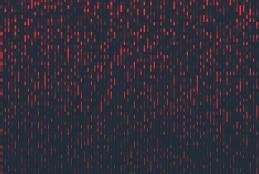 Brand new to DevOps? Here's our get started guide

If you or your organization is brand new to DevOps it might feel as if you've traveled to a foreign country. Nearly everything you thought you knew about software development, deployment, testing, security and UX is altered when seen through the DevOps lens. DevOps for beginners really isn't for the faint of heart, but with advice, time and patience, you'll get there.

For developers, the move to DevOps requires a mindset shift -- yes, you're going to own some test responsibility -- and new skills, like cutting-edge coding languages such as Groovy or Node.js. Developers headed to that DevOps for beginners land need tolerance, an open mind and a willingness to work with people from a wide variety of backgrounds, including those who are not technical.

Ops pros also face challenges that can feel unsettling. Going down the DevOps for beginners path means letting go of some control while simultaneously taking ownership of new projects neither of which will be easy or feel natural. Testers, who already stare down the barrel of automation even in Agile-only shops, face the biggest reinvention of all. As they set foot on the DevOps for beginners road they'll need to think of themselves as risk managers and scramble to learn the skills to get there.

For user experience and security professionals, DevOps is going to make their already tricky-to-integrate roles even more so. In both cases, being open to working with a much wider group of individuals than before helps to ease the DevOps for beginners transition.

But there is some good news: Start now and you won't be a rank beginner for long.

360 Guide: Advice and tips about DevOps for beginners

Brand new to DevOps? Here's our get started guide

DevOps is hard to get right, even if you've been doing it for a while. If you are brand new, this expert advice will help you get in the game more quickly.

A comprehensive beginner's guide to DevOps for developers

Starting DevOps in your organization and not sure where to begin? Cameron McKenzie explains everything a developer needs to know to successfully begin the DevOps process.

Help ops to begin a DevOps implementation the right way

DevOps can be difficult to get right, even with lots of experience. For those forging ahead for the first time, however, the hurdles can seem enormous. Stephen Bigelow explains.

A comprehensive beginner's guide to DevOps for testers

Newcomers to DevOps have a steep learning curve and nowhere more so than in test. Expert Matthew Heusser has a beginner's guide to DevOps and testing.

If you're a UX pro brand-new to DevOps, you might wonder where to begin. UX columnist Jason Grant offers a step-by-step approach for designers who are DevOps newbies.

A complete beginner's guide to blending DevOps and security

DevSecOps sounds like a mouthful for those new to DevOps, but building security in from the start is key to DevOps success. Expert Kevin Beaver explains.