The software testing methodologies that QA teams use always change because of business requirements or constraints....

Agile processes, for instance, enable better responsiveness to customer demand than the Waterfall model and meet the need for speed at every level.

QA testing is not exempt from change, nor should it be. Software testing methodologies must modernize in several key ways to keep up with the pace of the development process. Rapid software testing is a big focus for many mature DevOps shops.

The popular testing types detailed below are either new takes on a traditional test strategy or an improved process that eats up less time than before. And due to the interconnectedness of applications and data, there's one testing technique you can simply never skip.

Functional testing verifies that applications function as designed, despite additions or other changes. Feature testing incorporates the idea of Agile user stories and changes the focus to be less on function and more on proving the feature works when integrated with the full application. Because features can be broken into multiple tasks in the kanban or Scrum development model, a full feature is tested in small pieces over a shorter period of time against the full application code. Testers concentrate on the feature over the course of a release cycle to ensure the final product performs as expected.

Regression switches to smoke and release

Regression testing has changed exponentially over recent years. Regression tests no longer take a matter of weeks, where every conceivable scenario is executed. This step is now a smoke test that ensures the basics of the software function as expected.

Manual smoke tests evaluate if the software's most critical capabilities work -- the name comes from whether a product catches fire when it is turned on. Regression testing in this manner occurs in a matter of days, most frequently as a continuous testing process.

Integration testing has become a widely prioritized software testing methodology. Testers can no longer skip or ignore the process, because nearly every application shares data with multiple partners across secured API structures. In modern development and test practices, integration testing is continuous. It's built automatically into feature testing and occurs as well during smoke and release testing.

To many modern software teams, the process might not even go by the name integration testing anymore. Productivity workers and consumers rely on multiple apps working seamlessly at the same time, so every little thing is integrated.

Modern software testing methodologies are good news for QA teams, because their adoption provides an opportunity to grow and expand skill sets, while moving at a much faster pace with leaner practices. QA teams should use continuous testing, automated unit tests and other strategies with these updated test types to keep up with the business realities of application development.

How can you improve or expand the ROI in software testing?

QA needs to keep reminding business of its value. Expert Amy Reichert offers tried-and-true advice on how to leverage documentation and automation to...  Continue Reading

What are the pros and cons of contract QA jobs?

Contract QA jobs can pay more than staff positions, but only if you're a good negotiator. Expert Amy Reichert helps explain the differences between ...  Continue Reading

Should the QA process always include the business side? 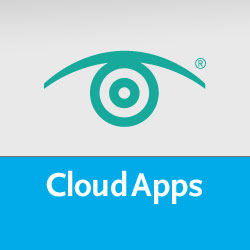 SearchCloudApplications - 5 Mar 2009 7:00 PM
Are we missing any of the common testing methodologies on this list? Do you agree with these definitions?
[-]

Michael Larsen - 28 Oct 2014 5:59 PM
If I were to recommend any one item to be added to this list, even though it seems to be fundamental, it's that we emphasize the scientific method and its importance in helping us construct tests. I found several years ago that taking a step backwards and focusing on the scientific method, and keeping it at the forefront of my efforts, genuinely added a lot of focus to my testing. It's the best methodology out there; all others stem from it ;).
[-]

Justin Rohrman - 29 Oct 2014 9:58 AM
The most commonly used test technique seems to be missing from this list. That is domain testing, sometimes called boundary testing or equivalence class testing.
Cem Kaner wrote a fantastic workbook dedicated to this technique.
You can find that workbook at the following link:
http://www.amazon.com/Domain-Testing-Workbook-Cem-Kaner-ebook/dp/B00GU2QEV6/ref=sr_1_1?s=books&ie=UTF8&qid=1414590954&sr=1-1&keywords=domain+testing+workbook
[-] 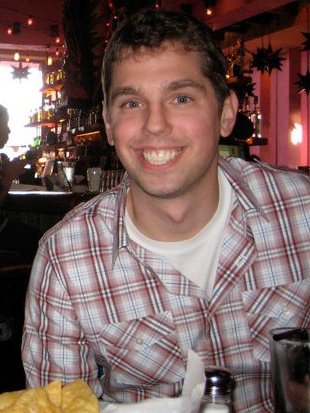 PiotrM - 1 Apr 2016 7:15 AM
Hey John, I really enjoyed reading your article. A lot of useful info in there. My company recently published an article focused on "functional testing best practices". Maybe you would like to take a look? - http://howwedostartups.com/articles/functional-testing-best-practices
Tell me what you think pls.
[-]

Mprasad - 8 Feb 2017 2:02 AM
How can we write testcases based on Boundary values Analysis and Equivalence partitioning?
[-]

yosufwally - 12 Jun 2017 11:11 AM
What are performance testing best practices?  Are they any SOP documents to establish processes?
[-]

vijayhackr - 12 Oct 2018 3:52 AM
The above provided is the best software testing methods. If you are looking for tutorials then hackr.io is the best programming and design community as per my opinion.
Keep Learning!!