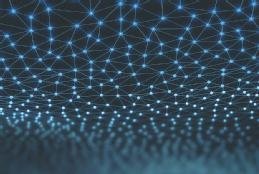 Yes, there are ways to prevent a low-code failure

To some, low-code was once considered a fad or, at most, a way to cook up some in-house, back-office application to solve a specific problem. What's clear now is that low-code has gained broad acceptance.

Organizations use low-code development methods in a variety of situations -- even for customer-facing apps. Forrester Research predicted that annual global spending in the low-code sector could reach $21 billion by 2022.

While interest in low-code development grows, effective use of these platforms and methods remains tricky. Just how does an organization pull together business-side staff and developers to collaboratively create an app that's both useful and usable? How deeply should non-IT workers be involved? And how does a low-code project avoid becoming a waste of developers' scarce time?

These questions plague many low-code development projects. Plenty of these initiatives will falter or fail. So-called citizen developers will sometimes overestimate their programming skills, or developers will design an app that non-technical users deem overly complicated or not quite what's needed.

Through trial and error, most organizations eventually find ways to work around these obstacles. This handbook looks at how companies have put relatively easy-to-create applications to effective use.

For one company, the answer turned out to be a design tool that allowed staff to position operations into business processes. Through this business process management approach, IT consultant Tom Nolle explains, the company organized teams in ways that put the right people in the right places so that apps could be collaboratively modeled and then templated. This structured give and take between business teams and developers solved a lot of the problems that had led earlier attempts to fail.

Companies that succeed with low-code projects figure out ways to involve business stakeholders in the planning stages. With this work done thoroughly from the start, developers can use low-code platforms to quickly create an application -- sometimes in just a few days.

Quick turnaround, however, makes low-code development seem deceptively simple. Just as with other development projects, a low-code application must account for security and compliance. Those things don't magically take care of themselves.

Low-code development can solve a number of problems, so long as there's careful attention to who will use a particular app and what those users need it to accomplish.

E-Handbook: To get results in low-code development, collaboration is key

Yes, there are ways to prevent a low-code failure

To capitalize on the efficiency of a low-code tool, a business will need to organize a team that knows exactly what it wants to accomplish. That's not easy to do.

Can business staff and software developers really work together on a low-code project? It's not easy, but it can be done.

Nontechnical users can now build applications with little or no coding experience. However, there are many factors to consider before you jump in.

Some see low-code platforms as intuitive and time-saving, but security and compliance concerns could negate those benefits. See where low-code tools stand with these pros and cons.