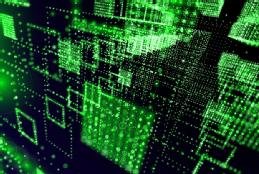 The idea that nontechnical workers might be good at -- or even capable of -- creating and deploying business apps without code isn't easy to wrap your head around. Yet this low-code/no-code approach is just the sort of counterintuitive notion that somehow makes perfect sense in the modern IT era. Job descriptions aren't quite so rigid anymore. Areas of responsibility are no longer cordoned off the way they've been traditionally. So if Kim from marketing and Dan from finance want to create some do-it-yourself apps, well, shouldn't they have the green light?

Making apps without code isn't quite as simple as it might sound, but today's low-code/no-code platforms sure make that prospect much more realistic than in even the recent past. With those user-friendly GUIs, it is tempting for those so-called citizen developers to want to give it a go. And, with the low-code/no-code platforms continuing to get better, it might be a good idea to allow a few non-developers to tackle app creation that falls lower on the sophistication scale. Doing so keeps an organization's skilled developers occupied with projects where their talents are truly needed.

The decision to go ahead with this form of BizDevOps requires some planning, of course. A free-for-all app-dev scenario with novices building apps without code and no guidelines won't do anyone any favors. In this handbook, TechTarget's Darryl Taft looks at how low-code/no-code movement can work well and where it might fall short. We've also included perspectives on how to incorporate best practices as well as how best to manage the potential security risks.

Going the low-code/no-code route can give a business the ability to roll out useful applications at a much quicker pace and make best use of developers' time. So if you're considering it, here's how to get started.

To get business applications developed quickly, some organizations turn to the BizDevOps approach of using citizen developers and a low-code/no-code platform.

BizDevOps is one way that companies large and small look for creative ways to break down functional silos and reduce operational friction.

Before setting your no-code/low-code product into motion, you must prepare your organization. Expert Zach Flower discusses the importance of collaboration and communication.

While you can't entirely avoid the security risks of low-code and no-code platforms, you can mitigate them. Here's a look at the top vulnerabilities and how to combat them.