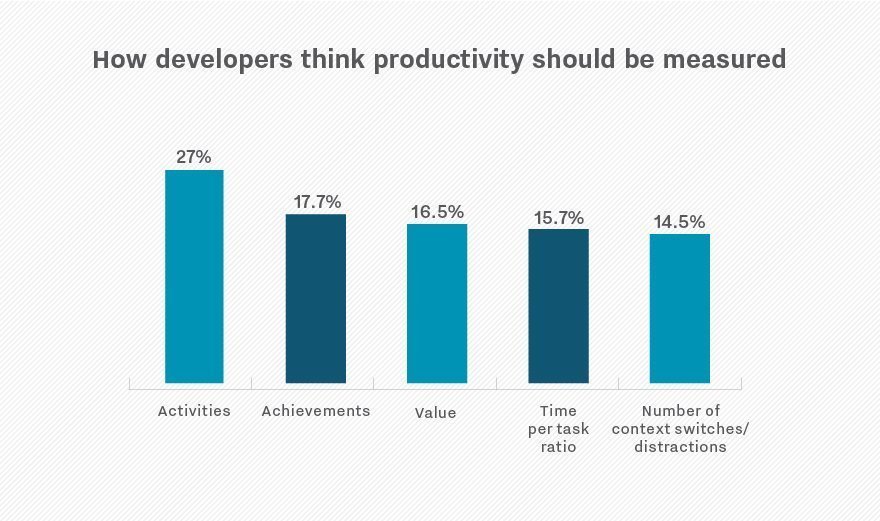 Clearly software developer job satisfaction is high, at least if you look at it through the lens of productivity, Murphy of Tasktop said. And if they've had a productive day they're pretty likely to have had a productive week. But they’ve got some strong opinions on how their productivity should be measured.

"No one measure captures whether they're productive or not," Murphy said. "Number of items closed on is a useful measure, but it's far from the only measure."

From the perspective of software developer job satisfaction, programmers themselves suggest an array of metrics by which they should be measured from how much time was spent on a task, to the business value of what they're doing, to the number of context switches and distractions.

At the end of the day, "you don't want to boil down what a developer does to simple metrics," Murphy said. One reason you simply can't do so is that developers don't work in a vacuum. Agile coach and thought leader Esther Derby recently explained that when she has questions about performance, she looks at the environment first. Murphy made the same point: Developers don't only handle process-intensive coding, but also attend meetings, answer email and work with colleagues -- all factors, which if not handled correctly, can get in the way of their productivity. Some companies have banned meetings or limited email, and Murphy said at the very least many companies should consider training employees on how to have meetings that are actually productive to encourage software developer job satisfaction.