Are you part of an organization that is “going” or has recently “gone” Agile?  Are you involved with performance testing? Are you trying to figure out how to make performance testing work in this new culture? If so, this tip is for you. 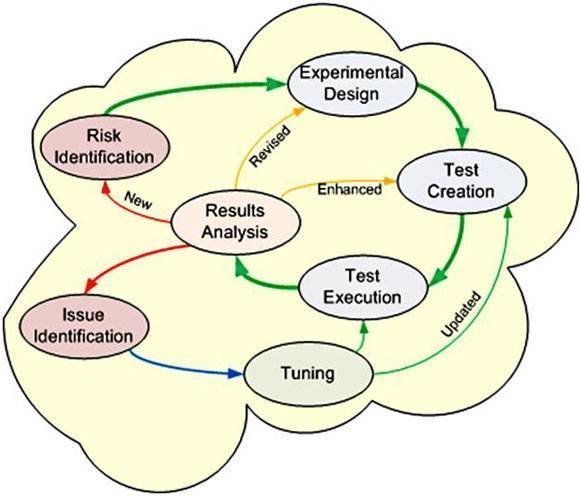 I often describe this figure as representing a repeating cycle of performance testing activities, complicated by unknowns, estimations and approximations.

Integrating performance testing into Agile development is not inherently easy 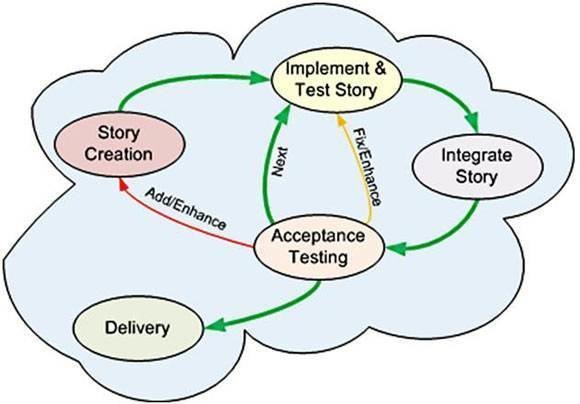 I often describe this figure as a repeating cycle of core Agile activities gated by inexact and variable notions of acceptance. 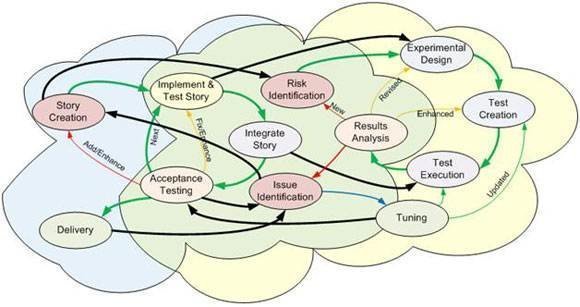 If after glancing at Figure 3, you thought, “Wow, that looks complicated!” your assessment is consistent with my experience. The obvious conclusion to draw is that it is far more efficient to integrate performance testing while implementing Agile development. Unfortunately, that message is only valuable for organizations that are planning, but have not yet started transitioning to an Agile approach.

For those organizations that already have some flavor of Agile development, but haven’t fully integrated performance testing, I offer three approaches that I have witnessed work with varying levels of success: on demand, on retainer, and full immersion.

Also known as a “Center of Excellence,” this model is the functional equivalent of outsourcing to an internal group.  This is not an overly-Agile model, but this is where most organizations that are trying to integrate their performance testing into their Agile development cycles start because performance testing was already an “on demand” model before the Agile transition began.

For the “on demand” model of performance testing to work with an Agile development cycle, there are a few things that need to be handled differently than they probably were for non-Agile-development efforts.  In particular:

This should be the goal for every project team in an Agile enterprise, at least if performance is important to the value of the product and/or the reputation of the organization. In the “full immersion” model, there is a full-time member of the team who both has a particular specialty in both delivering and testing performance and has a primary responsibility for coordinating and managing performance related activities throughout the entire development lifecycle, possibly even throughout the entire product lifecycle.

Notice that I said has a primary responsibility, not the sole responsibility. Performance remains a part of everyone’s responsibility, and the performance specialist will most certainly contribute to other aspects of the development process commensurate with their individual skills and the needs of the project.

Achieving “full immersion” is most frequently thwarted by an organization not having enough individuals with the correct skills, not having enough test environments, and not having sufficient tools to assign each development team their own resources that they won’t be asked to share.