This content is part of the Essential Guide: Mobile development guide: Testing, requirements and security

Before you develop a mobile test strategy or get acquainted with the considerable risks and challenges of dealing with geo-aware, social mobile apps, it's useful to learn some simple techniques to jumpstart mobile testing. In this tip, I offer four ideas on how to do that.

Following this simple software quality assurance testing approach will help you find out fast how committed your organization is to mobile software development, and it will also serve as a starting point for understanding the complexities of mobile testing and defining your mobile testing strategy.

This tip presents four little things to jumpstart mobile testing: actually getting physical devices, using the application under test, launching a beta test and keeping an eye on the mobile device batteries.

Tip #1: Get some devices

If you are testing a mobile application that targets multiple devices, forget about emulators and simulators and get your hands on some real devices. You need not just one or two, and not just what you happen to have lying around (although that helps), but a real set of test devices. A good place to start: a modern Android phone, a current iOS device and a one-generation-back iOS device. If the test team includes more than two people, get two of each device, put them on the local wireless network and get testing.

You can run to the local store, whip out your credit card and buy some devices. Don't tell me you can't. Oh, you say the problem is budget? That is different, and it's kind of the point: Find out if your organization is serious about mobile testing. If the organization isn't willing to invest a couple thousand dollars, that tells you a lot about the priority of mobile testing.

Tip # 2: Just use the application

One way to get testing fast is to drop all the detailed test steps, the plans, the traceability from specification to expected result and just use the software under test as it was originally intended to be used. The point is to act as a customer for the software, not as a tester or a QA professional. Well-known software engineer Joel Spolsky wrote about approaching software as a user in his article "What is the work of dogs in this country?" According to Spolsky, "Eating your own dog food is the quaint name that we in the computer industry give to the process of actually using your own product."

Tip #3: Launch a beta test at an event 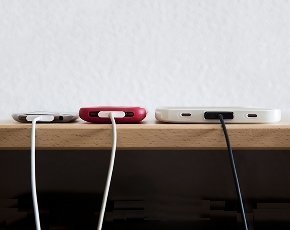 Many of today's applications are both social and geo-aware. They pop up a message when other users of the application are around, or they tell you who is nearby. These users are potential beta testers for your project.

Mobile applications that take advantage of location-based features -- a Starbucks app that texts a coupon when you walk by a Starbucks store, for example -- drain the device's battery fast. These applications need to continually talk to the GPS and a server. That means they are working all the time. So when you do the dog food testing, be mindful of the time that elapses before a battery drain. Consider how that time compares to other mobile applications. Also take into account the user profile. For IT workers with a laptop nearby, needing a charge every couple of hours might not be a big deal. But for 20-somethings who hope to spend the day at a rock concert, it's kind of a big deal.

What are your tips for getting started with mobile testing? Let us know.

kailasbaswarajlate - 5 Dec 2013 1:47 AM
DeviceAnywhere allows you to interact remotely with real live mobile devices in real time so you can see exactly how your website content looks and acts across a range of different mobile devices. May this helpful to you for get work done.
[-]

abuell - 25 May 2015 8:35 PM
Excellent tips! We are slowly moving into the modern era and supporting *some* limited mobile functionality. At this pace it'll probably be another decade before we need to deal with  geo-aware apps, though, so no need to worry about that!
Tip #1 could definitely be the biggest hurdle for many testers. I wonder if emulators have improved any in the past couple of years? Also the DeviceAnywhere service looks interesting, and wouldn't require an initial large investment of purchasing all of your own devices.
[-]

LalitBhamare - 26 May 2015 1:01 PM
Interesting tips. I have very good experience with Tip # 3 in particular. At our workplace we had conducted 'Test Lab' event which was kind of bug hunt for newly built mobile apps for some project team. Testing done by non-testers and programmers helped us find some interesting aspects of app quality.
[-]

SallyNZ - 16 Feb 2017 8:56 PM
Really interested to hear how people have actually captured / documented their mobile testing strategies.  We are an 'agile shop' and i'm really reluctant to write a document that no-one will read.